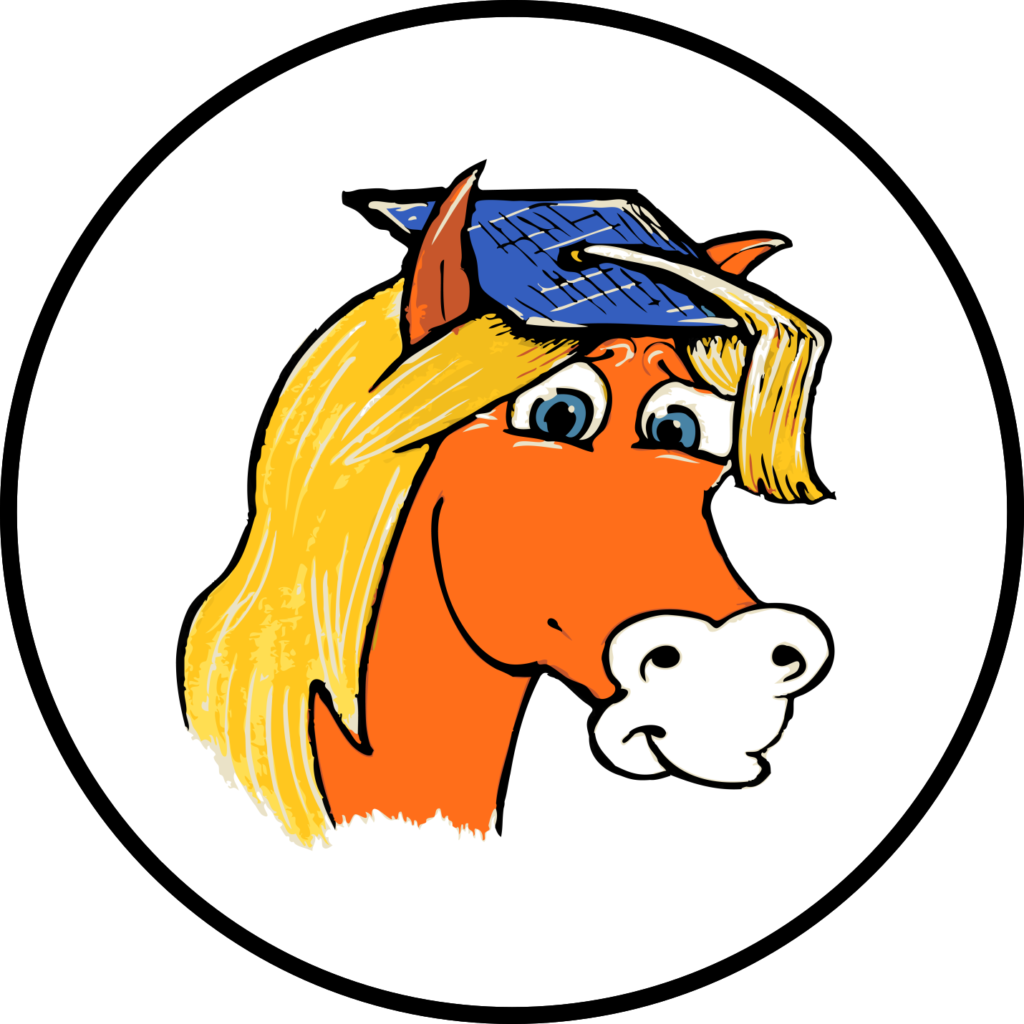 Why do we look at horses during trot?

During the dynamic part of the lameness examination, most information about the presence of lameness and the affected leg is gathered during trot. Trot is a symmetrical two-beat gait with limbs moving in diagonal pairs (Hildebrand, 1965) in near-synchrony. Assessment at trot takes advantage of the increased forces being exerted on the limbs (Merkens et al., 1986; Merkens et al., 1993) due to the increased speed and bouncing gait (Biewener, 2003). A painful focus in the limb can thus be exacerbated, leaving the horse little option to redistribute weight unless adopting an asymmetrical movement pattern. The resulting movement asymmetry, which is visually assessed by clinicians, is the main indicator of lameness.

The biomechanical foundation for our lameness training

Both kinematic (based on movement) and kinetic (based on forces) approaches have yielded sensitive measures for objective lameness quantification during trot on the straight line. Some of the most reliable objective features to detect lameness are based on upper body movement. Other very reliable indicators are differences in fetlock hyperextension or differences in peak vertical ground reaction force and vertical impulse compared between contralateral limbs (Buchner et al., 1996b; Ishihara et al., 2005; Weishaupt et al., 2006; Weishaupt, 2008).

In moderate to severe cases of forelimb lameness, head movement changes to a single sinusoidal excursion per stride (Clayton, 1987; Peloso et al., 1993; Christovão et al., 2007). This reduces the movement frequency by 50 % and likely contributes to the perceived ease of determining forelimb lameness. 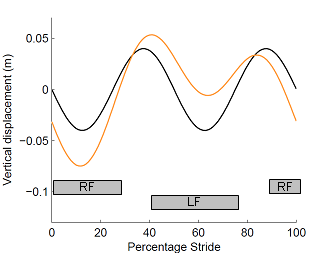 In a sound horse, movement is symmetrical: the two maxima reach the same height and the same holds true for the two minima. In a lame horse, you can see that the movement pattern is asymmetrical: the horse is ‘nodding down’ during stance of the right fore, hence it is left forelimb lame.

This gets a bit more tricky than forelimb lameness signs, since the presence of not only translation but also rotation of the whole pelvis results in different movement of mid-pelvis (os sacrum) and of the hips (tubera coxae): axial rotation of the pelvis causes asymmetry within the left and right tuber coxae movement pattern even in sound horses (Buchner et al., 1993; Buchner et al., 1996a; Kramer et al., 2000; Church et al., 2009). Tubera coxae asymmetry varies notably between but little within horses, indicating different magnitudes of pelvic rotation between horses (Buchner et al., 1996a). It remains unclear whether lame horses show systematic changes in pelvic rotation; there are descriptions of rotation away from the lame limb (Weishaupt, 2008), exaggerated rotation during stance of the sound limb (Buchner et al., 1996a) and a rotation offset towards the non-lame side in the absence of an overall change in rotational range of movement (Gomez-Alvarez et al., 2008). In this game, the axial rotation pattern remains unchanged.

To detect hind limb lameness, people commonly look for a ‘hip hike’ – an increased upward movement prior to touch-down of the lame limb. You can see that this is reflected in both, the mid-pelvis movement as well as when comparing movement amplitudes of the left and right hip. The horse in this example is right hind limb lame.

For any queries about the game, the team and our publications, please just get in touch.

The continued hosting, maintenance and development of this site relies on community support. Thank you :-)